Tweaks to reduce energy bills can add up to big savingsBy Amanda Baltazar on Sep. 03, 2019

When K-VA-T’s Food City chain opens a new store in Calhoun, Ga., in November, the Abingdon, Va.-based retailer will use a number of energy-saving concepts that “are a culmination of the programs we’ve developed and implemented over the past 10 years,” says President and CEO Steven Smith.

Now that there’s more focus on the ability to save energy—and concurrently save money, while also being environmentally sound—grocery stores are making changes to their operations. These changes are typically small but have the potential to add up to big dividends for the bottom line.

The easiest way to save energy is in refrigeration doors, which can lead to a savings of about 70%, Smith says. At the soon-to-open Calhoun Food City, all coolers will have doors, except fresh meat, deli cheese and wet-rack produce. All walk-in coolers, freezers and offices will be fitted with motion sensors, ensuring the lights remain off when not in use, which leads to a huge savings because these areas require lighting only about 20% of the time.

Food City will also install only LED exterior parking lot lights, which are about 65% more energy-efficient than traditional lighting. What’s also cool about LED lighting—which will also be used for interior and case lighting, resulting in energy savings of 25% to 30%—is that it also allows the light to be projected directly onto the parking lot with less spillover. 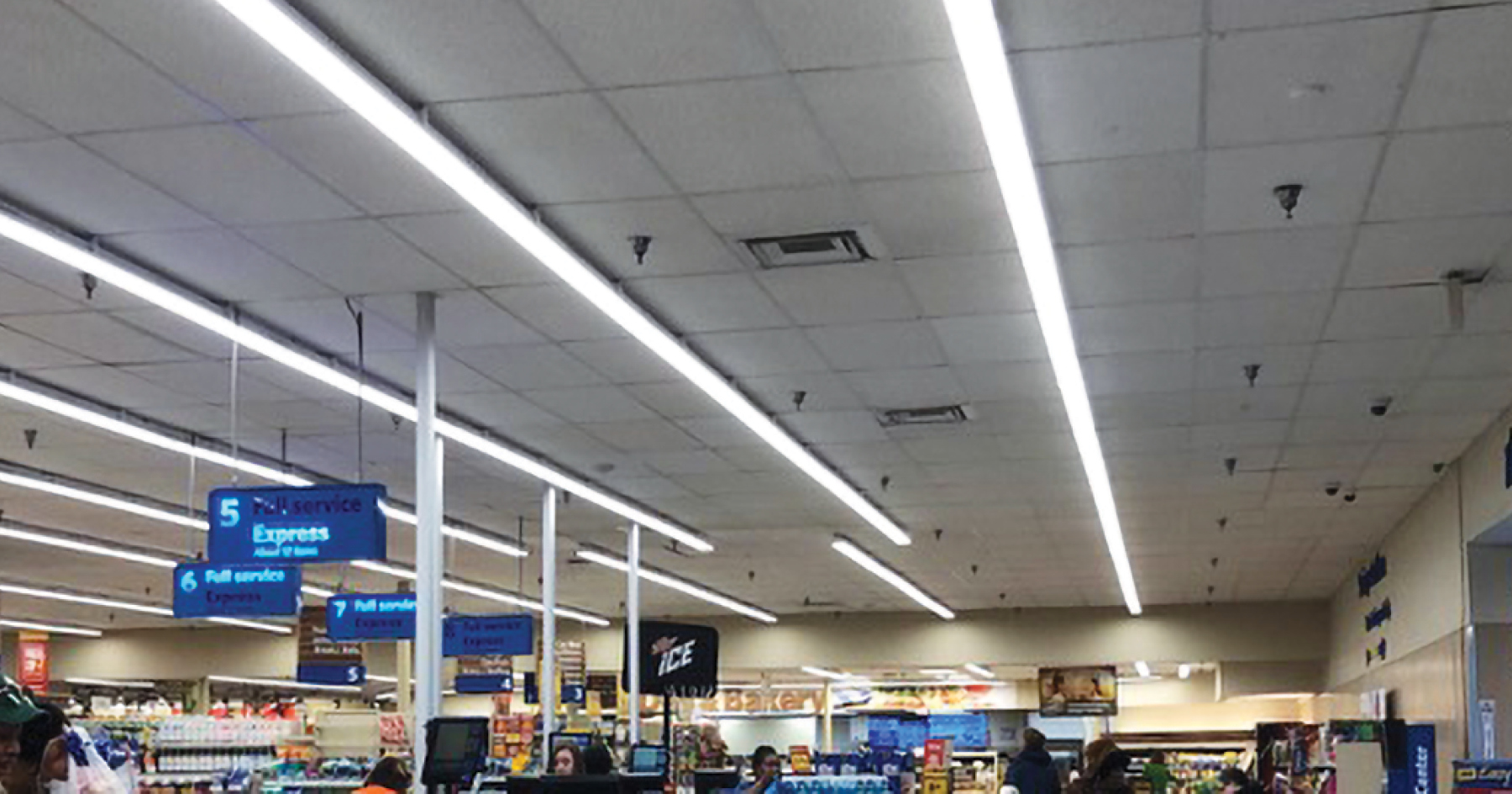 Calhoun won’t be the only store to feature these energy-saving initiatives; they’ve been implemented in several other locations, and “we’ll continue to include these concepts in our new store constructions and remodels,” Smith says.

PCC Community Markets in Seattle is also embracing more energy-efficient solutions, as evidenced by its May announcement that it will be the first grocery store to pursue Living Building Challenge Petal Certification—the world’s most rigorous green building standard. “We set high standards for the food we allow on our shelves, and we believe that our stores should be held to equally high standards,” says Brenna Davis, PCC’s VP of social and environmental responsibility. “We are reimagining how grocery stores are built: using less water and energy, designing refrigeration systems that have a reduced climate impact, utilizing building materials that protect human health.”

PCC will pursue this certification for five new stores. On the energy-saving side, it will include energy-efficient lighting, heating, ventilation, air conditioning and refrigeration equipment; and sustainable refrigeration systems that use refrigerants with a lower climate impact.

SpartanNash’s Family Fare stores has reopened 18 stores in western Michigan after an $18.3 million rebranding that included energy-saving initiatives, including for refrigerated cases and more upgraded LED lighting in 15 of the stores, which will result in an 8% annual reduction in energy consumption per store. “We replaced or retrofitted more than 320 feet of cases in our produce, frozen food and dairy departments,” says Tom Swanson, SVP and general manager of corporate retail at SpartanNash, who points out that the “new cases are 20% more energy-efficient.”

Overall, Swanson says the upgrades will result in annual savings of $187,500, though the return on investment is longer: Lighting has a three-year payback and the refrigerated cases take about eight years. An added side benefit: The stores are warmer, encouraging customers to shop longer. “We estimate the air surrounding the glass door cases will be approximately 16 degrees warmer,” he says.

Food Lion is following similar initiatives. In April the Salisbury, N.C.-based chain was awarded its 18th consecutive Energy Star award from the U.S. Environmental Protection Agency for its superior energy efficiency. Since partnering with Energy Star in 2001, Food Lion has reduced energy consumption by nearly 28%. This has included replacing fluorescent lights in frozen and refrigerated cases in nearly all stores so far, and on the sales floor—where more than 40% of the stores have been converted so far. Food Lion has also installed doors on medium-temperature cases and improved practices for refrigeration monitoring.

Whole Foods Market, Austin, Texas, is following a different route and is working to store energy with several third-party partners as it continues to explore a number of options, including rooftop PV plus storage and thermal storage technologies.

To date, Whole Foods in in Northern California has a half-dozen stores with energy storage systems, with more coming online in the next year. “The idea is to optimize how and when we use energy,” says Tristam Coffin, director of sustainability and facilities. “It’s an ever-evolving math equation.”